The Neolithic settlement of Parta is located in the western part of Romania, about 15 km. south of Timisoara (Timis county). In its center, a large cult building was researched.

The sanctuary is rectangular in shape, 11.6 m long and 6 m wide and is divided into two rooms: room A located to the east and room B, located on the west side of the sanctuary. In its center, on both sides of the dividing wall between the two rooms, was an altar table on which were discovered a series of objects that give us an idea of ​​the riruals that were practiced here.

Room B, with the same dimensions as the previous one, was divided into two boxes of close dimensions. In the first of the boxes was a clay pedestal next to a portable hearth supported by a stake. Next to it was discovered a large amount of ashes as well as remains from the offerings to the gods. On the pedestal was an idol-bust which was decorated on the chest with zig-zag incisions and had a vertical perforation in which an animal skull was fixed. In the other box were several vessels in which offerings were placed. In one of these vessels, an amphora with a human face, phalanges from the hand of a man were discovered. Also in this space were discovered charred wheat grains that come from the offerings brought to the gods, through the ritual burning (fumigatio) of the grains.

The outer wall, to the left of the entrance, had a circular hole that cut a clay disc, and under it, glued to the wall, was a clay cup under which stood a pedestal with a stone grinder. This complex is related to the cultivated mill that was meant, by destroying the material coating of the seed, to release the regenerating, germinating forces immobilized in the grain of wheat. Also, the presence of the grinder next to the ensemble composed of the hole in the wall and the adjacent clay disk, which symbolizes the sun and the moon, links this ritual to the sun-moon cult, to the astronomical cycles of the seasons. Careful study of this ensemble in the Parthian sanctuary has shown that only one day of the year, on the date of the spring equinox, the sunlight penetrated room A of the sanctuary and stood on the bull’s head of the monumental statue. This fact demonstrates that, in addition to its special cultic role, the sanctuary also played the role of a calendar that marked the beginning of spring, the season of nature’s regeneration.

This cult complex functioned until the time of the IIC phase of the Banat Culture (end of the sixth millennium BC), when the 6th level of the settlement was completely and systematically destroyed in circumstances that could be related to the appearance of phase bearers in the area. C of the Vinca culture. 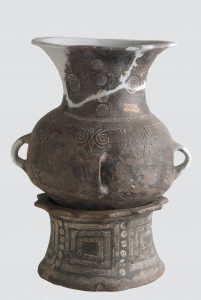 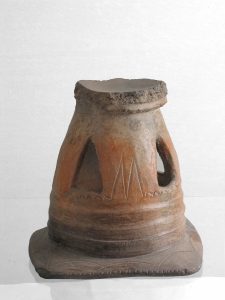 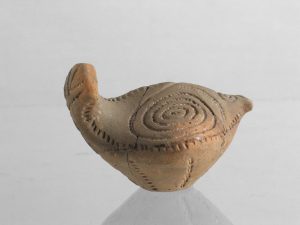 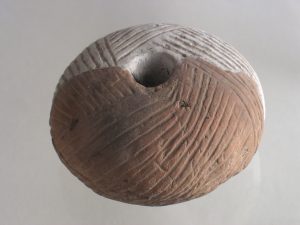