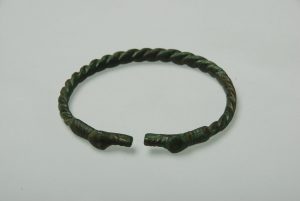 Bracelet with zoomorphic heads, bronze, sec. X; discovered in the necropolis from Timişoara-Cioreni 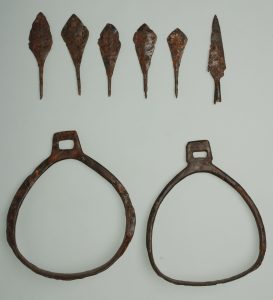 Arrowheads and saddle ladders, iron, sec. X; discovered in the necropolis from Timişoara-Cioreni 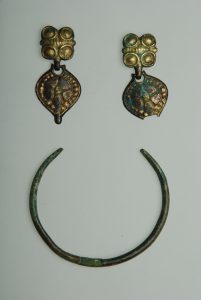 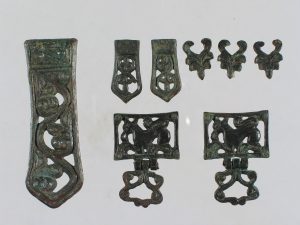 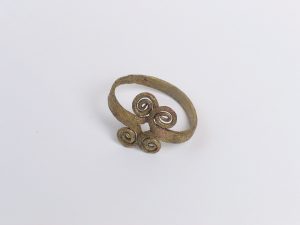 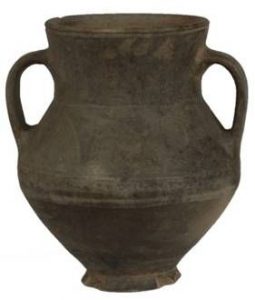 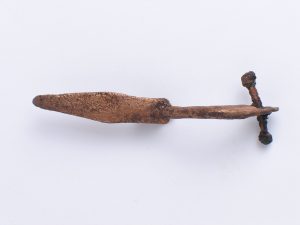 Fibula with onion-shaped buttons and rhomboid plate on the foot, bronze, second third of the century. V; discovered in the necropolis of Timişoara-Freidorf. 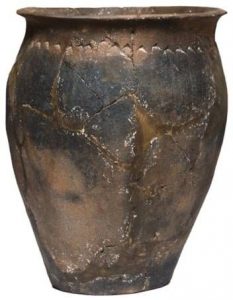 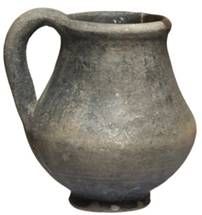 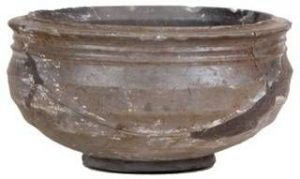 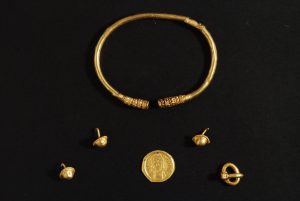 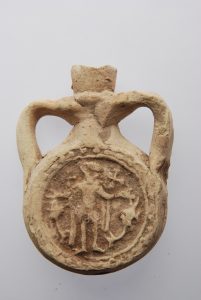 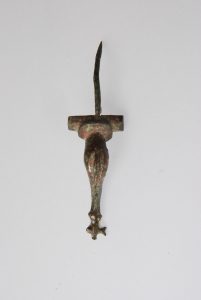 Dolphin-shaped brooch with a cross in the tail, bronze, sec. IV; discovered at Tibiscum 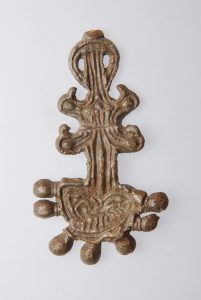 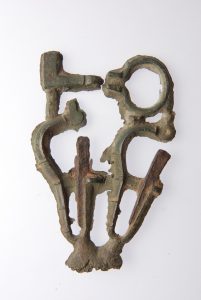 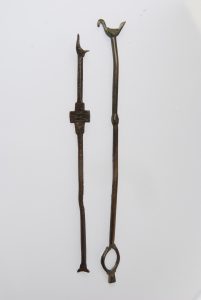 Sword, iron, second half of the ninth century-early tenth century; discovered in Kuvin (Serbia), from the Viking environment

Coming from private collections, which arrived at the Banat Museum by donation or purchase in the 19th and 20th centuries, or from archaeological research carried out especially in the last decades, the objects dating back to late antiquity and the early Middle Ages are a significant part of the museum’s heritage. our. They illustrate not only the history of Banat, but also that of the neighboring regions.

Significant in this respect is the Pongrácz collection, purchased in 1903, which belonged to the former commander of the port of Orsova, Imre Pongrácz, and which includes objects found in the Danube Gorge region and in northern Serbia. Late antiquity is represented by various pieces of clothing and ornaments, as well as by several Paleo-Christian objects – torsion forks (IV-VI centuries), patterns for casting crosses (VI century). The collection also includes other Christian objects, crosses and engolpions dating from the tenth century. Also interesting are the discarded pieces (brooches, buckles, belt accessories, keys), made of bronze, from a workshop that operated in the Roman-Byzantine fortress of Drobeta during the sixth century,

The collection of our museum also includes Paleo-Christian objects discovered in the archeological excavations carried out at Tibiscum (Jupa, Caraş-Severin County), Dierna (Orşova), or found by chance on the territory of Banat. These include lampshades (4th century), brooches (one of which is dolphin-shaped) (4th century), pilgrim plaques decorated with the representation of St. Mina (6th century), as well as a copper vessel with a cross on it. bottom, discovered at Periam (Timiş County) (6th century).

In 1903, our museum’s collection was enriched by the purchase of gold pieces – buckle, bracelet, sconces and a coin (solidus) from Emperor Justinian I (527-565) – from a Gepid princely tomb (6th century). discovered in Gyula (Hungary) and bought from a jeweler who lived in that locality.

It was acquired by the collection of the Banat Museum, the collections of Nagy, Klein, Schiffmann, Fuchs, so named after the collectors who collected them, including objects dating back to the early Middle Ages, discovered in the western part of Banat. We mention here loop rings, beads, brooches, sconces, bracelets, weapons, ceramic vessels.

The collection of our museum is perpetually enriched by the archeological excavations carried out in early medieval settlements and necropolises in Banat. They brought to light a series of objects that illustrate the way of life of those who lived in the Banat lands at that time: communities of farmers and shepherds (Romanesque and allogeneic), as well as warriors of some power structures of the barbarian nations: Sarmatians, gepizi, avari, bulgari, unguri.

Thus, an important batch of ceramic tableware (cups, bowls, cups, jugs, bowls and glasses, pots, strainers, lids) was discovered in the settlement of Timişoara-Freidorf (III-V century). Along with the whole vessels (bowls, bowls, amphoroidal vessel) discovered at Lenauheim (Timiş County), dating to the 15th century. IV-V, and other vessels of various types, discovered in isolation on the territory of Banat, they make up an important collection of ceramic vessels dating to the post-Roman period and the beginning of the early medieval era.

The objects discovered in the Timişoara-Freidorf necropolis date from the second third of the 5th century: ornaments, garments, utensils, ceramic vessels. Some of the ornaments are rarities not only in the archeological landscape of Banat: the fibula with onion-shaped buttons and a rhomboidal plate at the foot or a bronze ring decorated with facing volutes.

Of significant scientific value are also the objects of wear, ornaments, weapons and vessels that date back to the Avar era (VI-VIII centuries) and the period of crystallization of the structures of medieval society (IX-X / XI centuries). We mention here the weapons, the belt and harness found in Orţişoara (Timiş County), Sânnicolau Mare, Sânandrei (Timiş County), Timişoara-Modoş Bridge, in graves that belonged to the Avar warriors (VII-VIII centuries).

The ceramic vessels, the tools, the patterns, the crucibles, the mills discovered in the settlements from Remetea Mare or Dumbrăviţa illustrate the agro-pastoral occupations and the practice of crafts in the Banat plain in the IX-X centuries. Ornaments, weapons, harnesses or household items were also found in tombs from this period. Thus, in Timişoara-Cioreni, a necropolis from the 15th century was researched. X-XI, in which ornaments and pieces of armament and military equipment were discovered, some of which were quite rare: appliqués with a pendant that decorated the caftan, a ring with a satin decorated with an eagle, a bracelet with zoomorphic heads. Also from the 10th century comes a more special piece of armament discovered in the necropolis from Voiteni (Timiş County): a bone arch, which appears quite rarely in the discoveries in Romania and in the Carpathian basin.

In our collection there are also some swords dating back to the early Middle Ages. We mention here the sword discovered at Comloşu Mare, which dates back to around 400 AD, the sword found at Timişoara-Modoş Bridge (8th century), as well as the sword from Kuvin (Serbia), dating to the second half of the century. ninth-early tenth century, from the Viking or Varangian environment.

The collection of objects dating back to late antiquity and early medieval times includes not only objects from archaeological excavations, but also archaeological complexes brought to the museum in situ: a pottery kiln discovered in the settlement of Timişoara-Freidorf (3rd century- IV), unique in Romania, as well as a pottery kiln discovered at Remetea Mare (Timiş County), dated in the 10th century.