The ornithology collection “Dionisie Linţia”   is the largest and most complex collection of native birds in Romania, which allows the development of complex studies, anatomical-morphological, biological, biostatistics, plumage and moulting or biogeography. 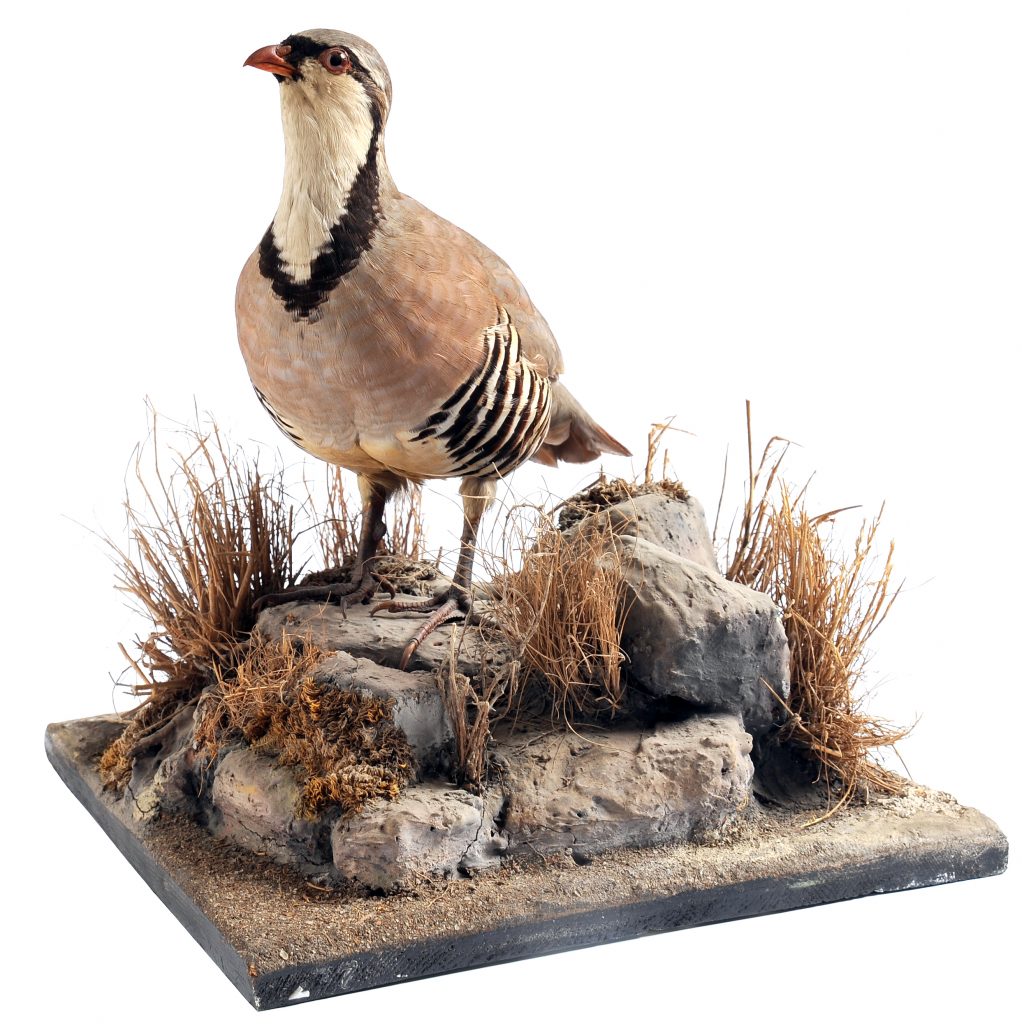 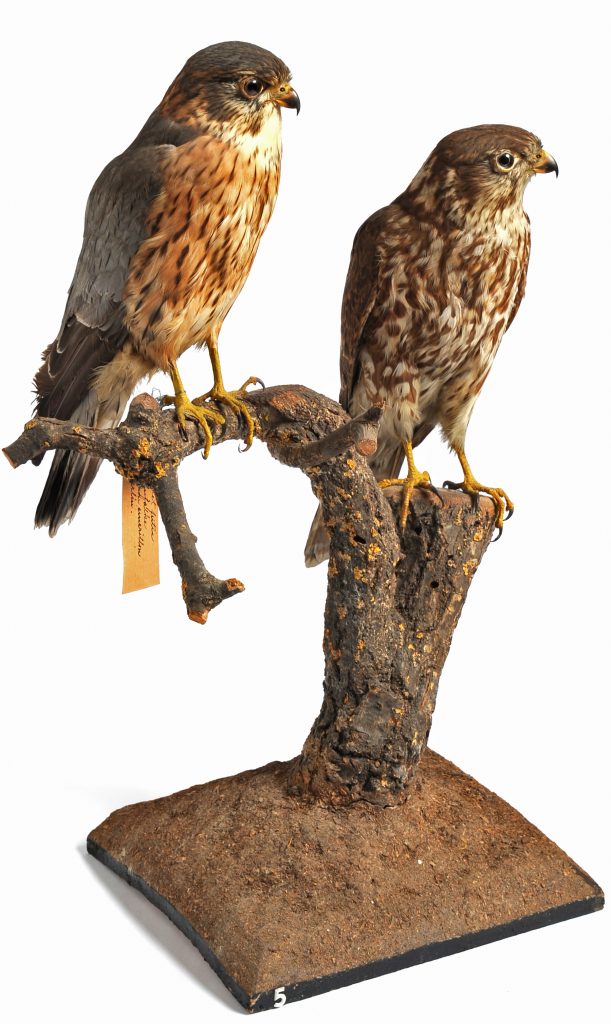 The birds are preserved in the form of skin and are intended for scientific research (manure). But the collection also contains three-dimensional naturalized (mounted) birds, which can be part of exhibitions and can contribute to ecological education being presented in biogroups and dioramas. 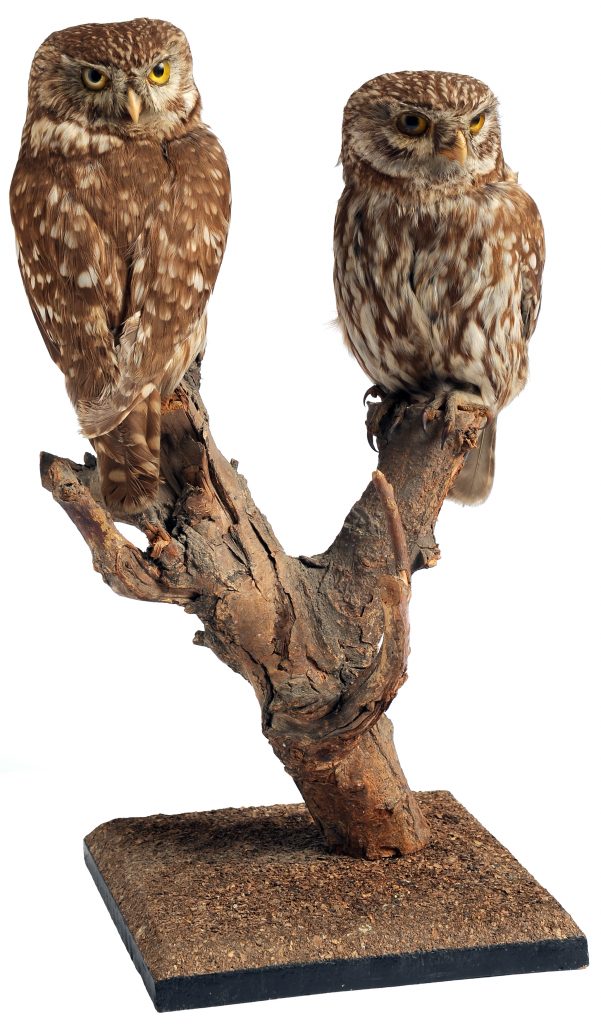 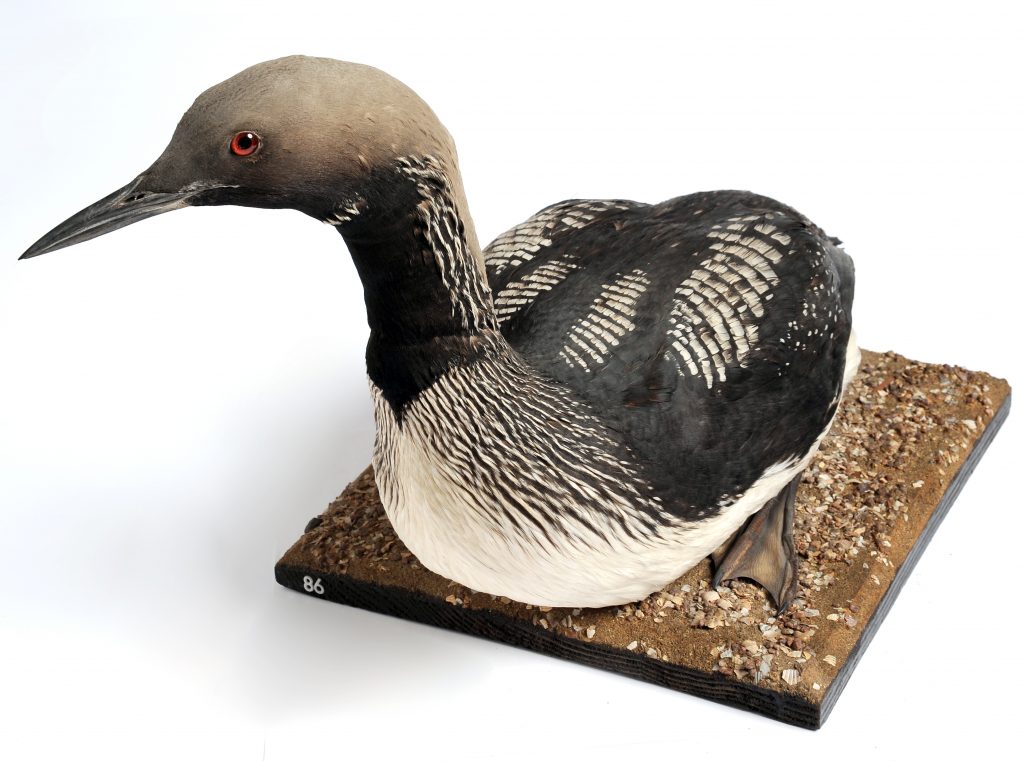 The oological collection (bird eggs) is based on part of the famous collection of the engineer Gustav Ertl, the director of forests. It includes 447 bird nests with 1957 eggs, representing 223 species of birds, which Dionisie Linţia brought to Timişoara, in 1910. In 1937, Dionisie Linţia donated another collection of 490 eggs, in 60 of nests from about 95 species of birds. After the Second World War, the situation of the collection is as follows: 198 represented species, eggs 537, number of eggs 2184, of which eggs with scientific data 357, and without data 179.

The osteological collection (bird and mammal bones) includes bird bones, obtained from the feeding of birds (skulls and sternums), as well as mammalian skulls. It contains 132 specimens in good condition.

The foundations of the collection were laid in 1954 when 2031 copies were purchased from the Timişoara teacher Ernest Kraushaar. Until then, there were a small number of native and exotic butterflies in the collection of Professor Káldor Nándor and New Guinea explorer Fenichel Sámuel. In 1961 and 1964, the acquisitions of the lepidopterologist Dr. Aurelian Popescu-Gorj and the doctor Dr. Nicolae Săvulescu were added. In 1967, the museum purchased 460 copies of exotic butterflies from Dr. Andrei Bostan.

Currently, 90% of the lepidopteran collection is the result of the scientific activity of the Banat researcher Dr. Frederic König. Lepidoptera Collection „Dr. Frederic König ”entered the museum’s patrimony in 1970 when 13,060 copies were purchased. It was enriched by collections and acquisitions from 1970-1994.

The collection includes other species of documentary-faunal value, among which we mention: the endemic Evergestis strogovichi, the boreoalpine relict Anaites simpliciata, the first European specimens of the species Xylena lunifera, the boreoalpine relic Apamea maillardi, the Pontomediterranean element Gortyna moesiaic , extinct species of Romanian fauna, Pieris nanni rossi, local species, found on limestones in southern Banat, endemic Erebia neleus etc. The collection of lepidoptera is also composed of a series of hybrids, made for the first time in our country, by Dr. Frederic König, hybrids between the species Eudia pavonia and Eudia spini and between Eudia pavonia and Batumia pyri.Following the acquisitions from 1980-1994, a series of rarities collected in Dobrogea and the Danube Delta were added to the collection, such as: Luperina zollikoferi, Drasteria caucasica, Votodonta vittata, Scotia puta, Scotia obesa nivea, etc.

The popularization of this collection has been done under different aspects, over time, through scientific works, maps, leaflets, illustrations (König Frederic, Catalog of the Lepidoptera Collection of the Banat Museum, published by CCES Timişoara, 1975, Supplement, 1998, with species, respectively 1440 specimens, from 1980 -1994; M-Kiss Andrei, Balaci Ana, Collection of lepidoptera “Dr. Frederik König”, leaflet published by the Museum of Banat Timişoara, Department of Natural Sciences, Timişoara, 2006).

Conservation status: butterflies are preserved in insects, suitable drawers, hermetically sealed, dry preparations, by using chemicals (insecticides and insect repellents) being intended exclusively for scientific research. Therefore, muses, which would endanger the integrity of this natural heritage, are not used in exhibitions and other manifestations.