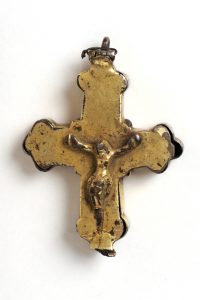 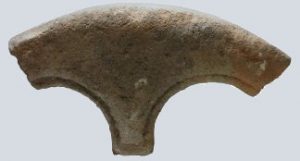 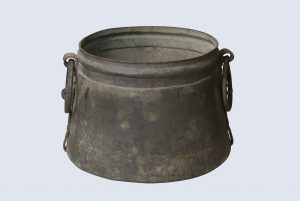 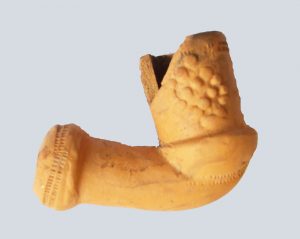 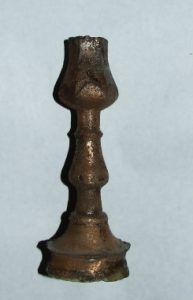 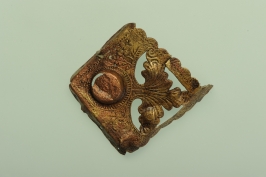 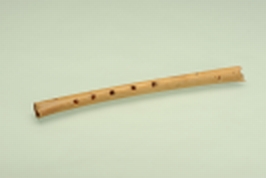 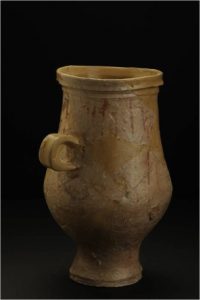 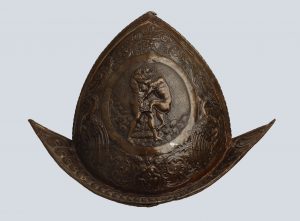 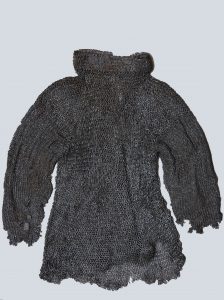 Sword, iron, first half of the century XV.

Sword, iron, end of sec. XIII-first half of the century XIV 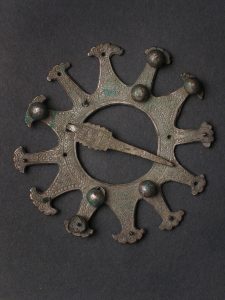 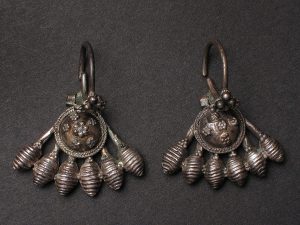 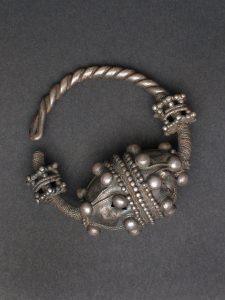 The collection of objects dating back to the Middle Ages is very diverse and includes ornaments of precious metal and bronze, weapons and military equipment, ceramic and metal tableware, tiles, metalworking tools, wood, leather or bone, tools agricultural.

Like many other items of special value in our museum’s collection, some of them come from donations and purchases made especially before the First World War. We mention here the 14th-century hoard of silver ornaments and pottery from Banatski Despotovac (Serbian Banat), discovered in the 19th century, which was partially included in the collection of our museum in 1881. The hoard of Banatski Despotovac belongs to the horizon of treasures XIII-XIV from the south-eastern part of Central Europe and contains pieces of a special beauty, some being products of Byzantine handicraft art, others of Western origin, among which a reliquary gilded silver cross specific to Gothic minor art.

From the collection of medieval ornaments, made mainly of silver, in the technique of filigree and granulation, we can mention tiaras, hairpins, earrings, bracelets, buckles, tassels. Many of the ornaments come from the Pongrácz collection, made up in the last decades of the 19th century by the former commander of the port of Orşova, Imre Pongrácz. Other jewelry comes from collections that belonged to other collectors who sold or donated them to our museum or from archeological excavations.

Weapons are an important component of the collection of objects from the Middle Ages. The collection of weapons includes pieces of equipment of knights from the 13th-16th centuries: knightly swords (13th century-mid-14th century), a chain shirt (14th century), helmets (14th-15th century), maces (16th century). XV-XVI), spurs, harness parts. A special piece of the medieval weapons collection is a parade helmet, decorated with mythological scenes and stylized floral ornaments, dating from the sixteenth to early seventeenth century, the product of an Italian workshop.

The collection of objects dating to the Middle Ages has been enriched due to archaeological research carried out in medieval fortresses, fairs and villages in Banat: Timişoara, Făget, Jdioara, Cenad, Satchinez, Gătaia, Hodoni, Ciclova Română. Thus, the archeological excavations carried out at the Huniade Castle in Timişoara revealed, among others, an important batch of ceramic pottery from the 14th-15th centuries, book covers (15th-16th centuries), musical instruments made of bone (14th-16th centuries). XV), tiles, arrowheads, halberd tips, cannonballs.

An important part of the collection of the Banat Museum is the objects dated to the time of the pashalac of Timişoara (1566-1716): weapons, ornaments, ceramic tableware, copper vessels, tiles, pipes, metalworking tools, tannery and leather tools, everyday wooden objects. It is worth mentioning here that due to the archaeological excavations carried out in recent years in the historic center of Timisoara, our museum has the most important collection in our country of leather objects, dating from the XVI-XVII centuries: soles and faces of shoes, pieces of clothing.

The Ottoman weapons of the seventeenth century are represented by maces, masterfully crafted, reached in our collection by purchase. One of them is part of the Pongrácz collection.

Ottoman pottery is diverse, especially glazed: cups, jugs, teapots, plates, bowls, pots, lids. We mention here the glazed ceramic plate, discovered during the recent archeological excavations at Huniade Castle in Timişoara. There were also many objects used to serve coffee and tea: bowls, cups made of Chinese or Persian porcelain, fine ceramics of Persian origin or produced in famous workshops of the Ottoman Empire, and teapots and kettles made of ceramic or metal.

The collection of household items from the Ottoman era also consists of objects used for lighting: candlesticks, candlesticks, as well as various tools and utensils: knives, spoons, thimbles. The pipe collection has been considerably enriched as a result of recent archeological excavations, of a special beauty being the Ottoman pipes, usually glazed, very beautifully decorated with vegetal or geometric motifs.

The Banat Museum also has a collection of metal vessels: cauldrons, kettles, teapots. A more special piece is a bronze janissary boiler, dating from the 17th century.

The medieval lapidary includes architectural fragments, sculpted, from the 15th century. XI-XII, which decorated one of the oldest churches in the south of the Pannonian Plain, the one in Titel (Serbia), brought to Timişoara by Baron Antal de Scudier. These are among the first pieces that laid the foundations of the collections of the Banat Museum, being donated in 1873. We also mention here the architectural fragments that come from the Cistercian monastery from Igriş (XII-XIII centuries).

The collection of stone artifacts was recently completed by the discovery of Ottoman tombstones, which are in addition to the funerary and votive sculptures that our museum has owned since before the First World War.