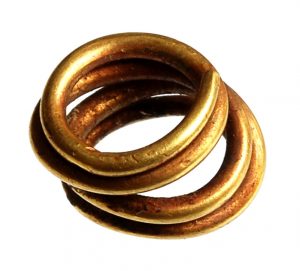 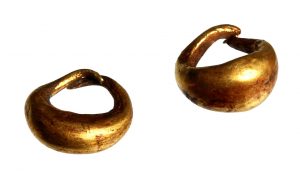 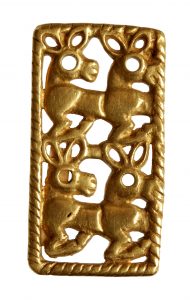 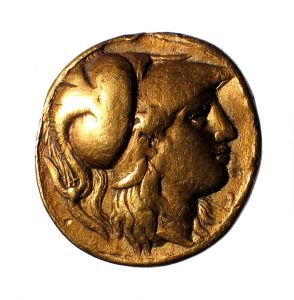 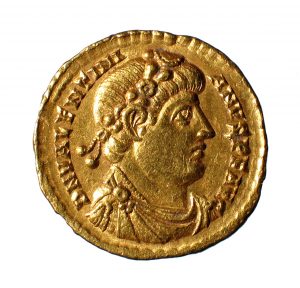 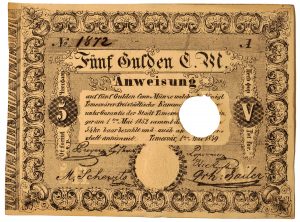 Paper worth 5 guilders (forints) issued in Timisoara on May 1, 1849 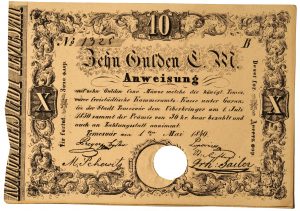 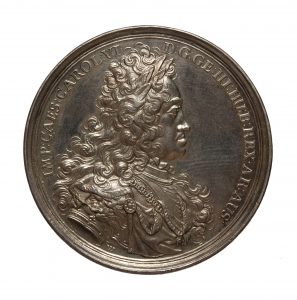 Medal of liberation of the city of Timisoara by the Austrians from Turkish occupation on October 12, 1716 (Siegthaler) 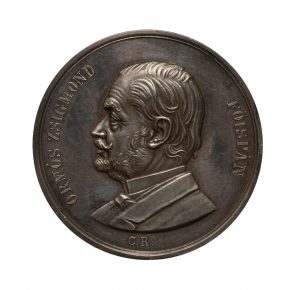 From its beginnings (1872), the Banat Museum in Timişoara also had a numismatic collection, which increased from year to year through donations, acquisitions and accidental archaeological discoveries. This collection was first exhibited in 1877.

The existing numismatic fund in the museum was enriched by the purchase in 1895 of the valuable numismatic collection of Ormós Zsigmond (founder of the Timişoara Museum), which totaled 9,424 gold, silver and bronze coins and medals. The Banat Museum thus became the first of the regional museums of the time in terms of the value of the numismatic collection. By 1916 this collection had reached 30,266 pieces, but suffered heavy losses at the end of World War I and World War II.

Currently, the numismatic collection of the Banat Museum in Timişoara has 39,614 pieces, consisting of three collections: Gold pieces; Coins and Medals. Although heterogeneous in structure, it is one of the important museum collections in Banat and Romania.

The Gold Pieces collection includes 222 gold coins and ornaments, the oldest of which are bronze ring buckles (18th-16th centuries BC), and the newest are decorative art objects (18th-16th century BC). XIX-XX). Among the gold coins are: a Persian gift issued by Artaxerxes II; the stature of Alexander the Great (4th century BC); Roman aura (1st century BC – 3rd century AD) and late Roman solids (4th-5th century AD), but also the Transylvanian duchies (16th-17th centuries).

The Coins collection consists of 37,049 coins and banknotes, which have entered the museum’s patrimony over time through donations, acquisitions or archaeological research. The coins included in the collection are diverse both in terms of the issuance period and the issuing authorities. These date back to the 15th century. IV a.Chr. to this day, the most recent issues being the anniversary coins issued by the National Bank of Romania.

Special mention should be made of the presence in the collection of papers worth 5 and 10 guilders issued in Timişoara on May 1, 1849; of the Timişoara assignments of 10, 20 and 50 files issued on December 1, 1919, but also of other rare Banat necessity programs.

The Medals collection totals 2,343 medals, plaques, molds, decorations, badges and chips. Notable: Roman medallions (2nd-3rd centuries AD); medal of the Cardinal of Venice, Petrus Barbus (1455); medals dedicated to General GB Castaldo (1551-1556); very rare medal of Cardinal Richelieu (1631), engraver Jean Warin; the medals of the liberation of the city of Timişoara by the Austrians from the Turkish occupation (October 12, 1716); the decorations of Augustin Weber (1833-1909), chaplain of Emperor Maximilian I of Mexico (including the Mexican Imperial Order “Maria de Guadalupe”, knight rank); the Constantin Vasilescu medal collection (former accountant of the Royal House), entered the patrimony of the Banat Museum in the interwar period, as well as numerous pieces with a special artistic value. Within the collection,